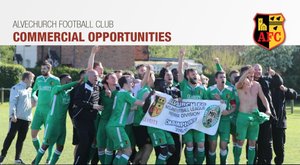 Alvechurch Football Club are a club with a long and proud history. The first reference to a football club in the village was in 1913 with the present club being formed in 1929 and moving to its present ground at Lye Meadow, Alvechurch, in 1957. The club became one of the most famous in non league when it reached the FA Amateur Cup semi-final in 1965 and went into the Guinness Book of Records in 1971/72 for the longest FA Cup tie in history, after an 11 hour, 6 match marathon, v Oxford City, eventually saw them make the 1st round. In 1973/74 Alvechurch made the 3rd round of the FA Cup, going down 4-2 at Bradford City. In 1982/83 Alvechurch gained promotion to the Southern League Premier Division, which, at the time, was the highest level outside the football league.

Given this rich history we have a responsibility to ensure the club continues to grow and develop; The Hayes will provide Alvechurch Football Club with a new state-of-the-art football facility located near West Heath, Birmingham just north of the village. This purpose built facility will include a flagship Desso first team pitch and stadia able to match the ambitions of a forward thinking club looking to play in the top tier of non-league football. A full-size 4G floodlight training pitch and a further three full-size football pitches.The stadium and main stand will include new conference, entertainment and learning facilities. It will transform the complete offering the football club can provide for sponsors and the community, providing a firm foundation for the club’s long-term ambitions.

We want you to share in our transformation and be part of our continued journey towards the national. From 2018 we will have the largest nonacademy football based facility in the Midlands. We have a desire to provide further Youth teams, disability, college, community, girls and women’s football.
This is an excellent opportunity to join our football family and be part of our future together.